Gülay Yaşayanlar / temporal indefiniteness defined by space / These paintings tell the concepts wandering in space and the elements of fiction wandering with their vague forms which are equal to consciousness. What is implied here is the formless structures that shift into ironic arma becoming independent through a conceptual transformation that allows for a direct representation of difference and sensitivity and on which the self-consciousness of the artist is reflected and which does not directly have anything to do with the reality. These elements that carry values of sign with its possible, unique, and distinctive links of visual language on which aesthetics totally depends describes a direct consciousness with its artistic power and influence.

Gülay Yaşayanlar’s paintings are based on a fictional logic that suggests a meaning through a plain form that provides implications about the present and the past accessible in the memory. It is drifted towards a subjectless space that remains distant to the future by postponing the past.  Space (as iterated several times) emerges as the unique thing, to which we relate time and distance, which encourages the influence of awareness and depth, and which carries the functioning representation. Moreover, time, which is not identified explicitly in these paintings, is a surreal dimension that symbolizes a state of indefiniteness. The layered structure intensified in the image on this surface is in a changing state freeing from the world to the degree of embodiment and losing its links with what is up-to-date on a surreal level. The representation that comes out shows that this postponement has been perceived as possible language transformation. This fiction actually becomes clearer with the idea of a design evolving beyond and of freeing off. Here is the destination arrived as a result of sentimental processes devoted to the image integrity that looks strange and weird.

This attitude that overlaps and condenses the structures made to look multi-dimensional, layered and deep creates for itself a level of expression based on temporal transitions. As a matter of fact, the reference to time condensed in these immense bodies is composed of updated attributions that determine the power of modifying of consciousness and memory that reflects on the painting. The attributions transforming into a form idealized by a visual language, on the one hand, through mystification and, on the other, on the edge of anonymity create a temporal depth and transitivity that naturally overlaps. Even in cases where the painting suggests a form of relation attributed to an object, it is this spatial vagueness that constitutes the elements of mystery, abstraction, and darkness. Thus, the painting is actually attributed to the continuous present. It is in the process of determination of the present that modifies the moments of all the vagueness and ambiguity. The structure which the elements that complement the visual language reveal all together and suddenly as a conceptual element best expresses itself in this way. What emerges as a being in dark dreams is a simultaneous experience of inner determination. It is a practice of showing and expressing – through formation process – formal categories with inner ones freeing from the time when feelings and knowledge are made to overlap

To repeat, the values system of the moment when the intervention and emphasis are made gives it a quality of updatedness in the temporal context. In addition, the fictional aspects of these issues do not tend to tell what is going to happen in the future e.g. without reference to this impact. Therefore, deep differences emerging in the subject can transform it into a process of infinite creation, no longer making it a practice of overlapping times. The images we experience remind us of the objects that reject the meaning, evolving into space. The meaning is continually broken into pieces, and the narration becomes more and vaguer in its own depth.

Hence, the layered structuring residing on the image that becomes the topic of the painting or the painting itself is of expansion regarding spatial attribution and transitions inside. It is possible to relate the determinations regarding the present to the expectation of the past and future equally, and the spiritual states that reflect anxiety or joy. Determinations and interpretations can be developed regarding the future imaginations based on the implications and historical links of what is different or experimental, even extraordinary. The fiction and order at issue is in the process of determination about the meanings requiring pre-confirmation which we attribute to time and space in the relational eclipse we have been telling. Even the remark “Descriptions which are made on white surface and whose form is not clear” present us a suggestion for reading through this determination…

On the other hand, the space made identical with while background which we often discussed is actually the major element that makes the object absolute, lonely and weird. Thus, this feeling of emptiness – before being a preference for expression – is related to the idea of focusing on the details and drawing the attention to what is imaginative. So this spatial state is evolved into the inner setting caused by the irony that keeps us inside. The outside being deactivated as a conceptual area or source, the image allows for innateness. Any illusion or the inner setting of this structure not encompassing any direct description is a puzzling, step-graded, narrow, complex and moral area. This insulated inner world and the act of doing that constructs it, the relations of the evolving process from what is subjective to what is symbolic are produced on the grounds that constitutes the visual language. Symbolic language, ultimately, enacts the responsibility of representation of the subject using spot value without dependence on attributions.  Similarly, the image becomes an independent signal that refers to its own meaning and a concept of detached reality. The absolute relation that enables existence between the image and subject starts to be characterized by stylish concentrating on suggestions and aesthetic language, freeing from the subject with the power granted by the distance. The distance between the structure it produces and itself is also a consequence of being drifted towards the space that would even not provide a literal meaning of the image. Hence it seems to be inevitable to draw the sign to a dynamic cognitive floor that is allowed for by the conceptual interpretations on an abstract level that surrounds the sign. As a matter of fact, when this mental floor points to the artist as a source of transformative power, it is quickly understood that the relation that seems to be vague or disjointed is powerfully in action.

To summarize, Gulay Yaşayanlar paintings tell the concepts wandering in space and the elements of fiction wandering with their vague forms which are equal to consciousness. What is implied here is the formless structures that shift into ironic arma becoming independent through a conceptual transformation that allows for a direct representation of difference and sensitivity and on which the self-consciousness of the artist is reflected and which does not directly have anything to do with the reality. These elements that carry values of sign with its possible, unique, and distinctive links of visual language on which aesthetics totally depends describes a direct consciousness with its artistic power and influence. 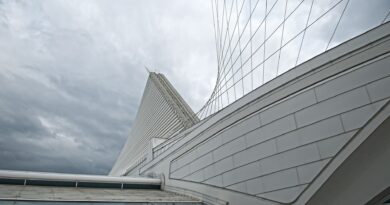 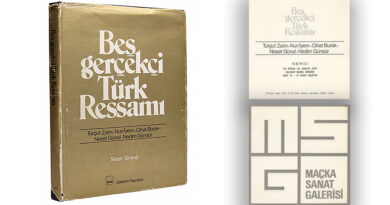 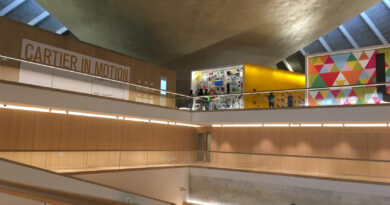